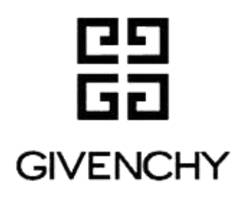 Givenchy is a world-renown fashion brand which was founded in 1952 by Count Hubert de Givenchy.

It carries with it an undiminishable reputation of elegance and haute couture. Givenchy himself was born to an aristocratic family in Beauvais, France, and in 1944 he moved to Paris, where he studied art at the École Nationale Supérieure des Beaux-Arts. After attending art school, he worked for several important fashion designers in Paris, having already enjoyed his initial work experience for designer Jacques Fath at the tender age of 17. French couture houses were already leading the way in global fashion at the time and Givenchy gained even more experience thanks to his work for Lucien Lelong, Robert Piquet and Elsa Schiaparelli.

Givenchy took a leap of faith in 1952 when he opened his first boutique and founded his very own fashion brand. This soon proved to be a good decision though, as his debut collection was an instant hit, having received much praise for his chic, feminine designs. So much so that even celebrities like Audrey Hepburn simply couldn’t resist wearing his creations, as can be seen in the films Sabrina, Breakfast at Tiffany’s and Charade. His initial collections featured separate garments such as long airy skirts and tailored blouses, including the Bettina blouse, named after model Bettina Graziani. His following collections also included elegant evening gowns, feminine head-wear and tailored suits, and so the Givenchy name soon became synonymous with Parisian chic.

Givenchy expanded his offerings to include its first perfume in 1957, called L’Interdit, meaning “Forbidden” which was inspired by his most famous client, Audrey Hepburn, whereas their first men’s scent, Monsieur de Givenchy, was only launched two years later in 1959. The brand is now part of the French multinational luxury goods conglomerate LVMH (Louis Vuitton Moët Hennessy S.A.),and remains a firm favourite among many celebrities, their fans and the broader public alike. Some of the most popular Givenchy perfumes for women include the Chypre floral accords of Givenchy III (1970), the sensually sweet and woody accents of Ysatis (1984), the sumptuously floral Amarige (1991), the Oriental florals of Organza (1996), the fruity florals in Very Irresistible (2005), the warm Oriental florals of Ange Ou Demon (2006), to name but a few.

Save up to 30% off Retail Prices
With Our Discounted Range 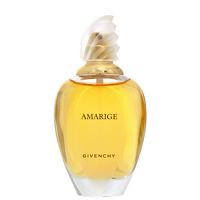 Amarige by Givenchy is a floral and woody fragrance for women. A fragrance that is intensive, merry and unforgettable. 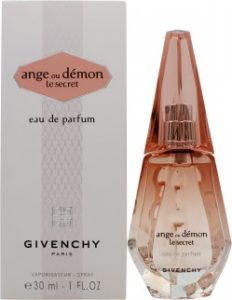 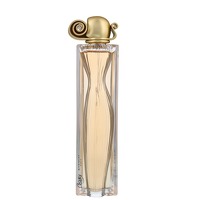 Organza is rich, bold, sweet and irresistible. The intoxicating opening of consists of opulent notes from gardenia 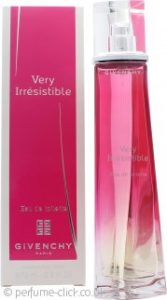 Very Irresistible by Givenchy is a fresh and floral fragrance for women. Launched in 2003 has become a best seller